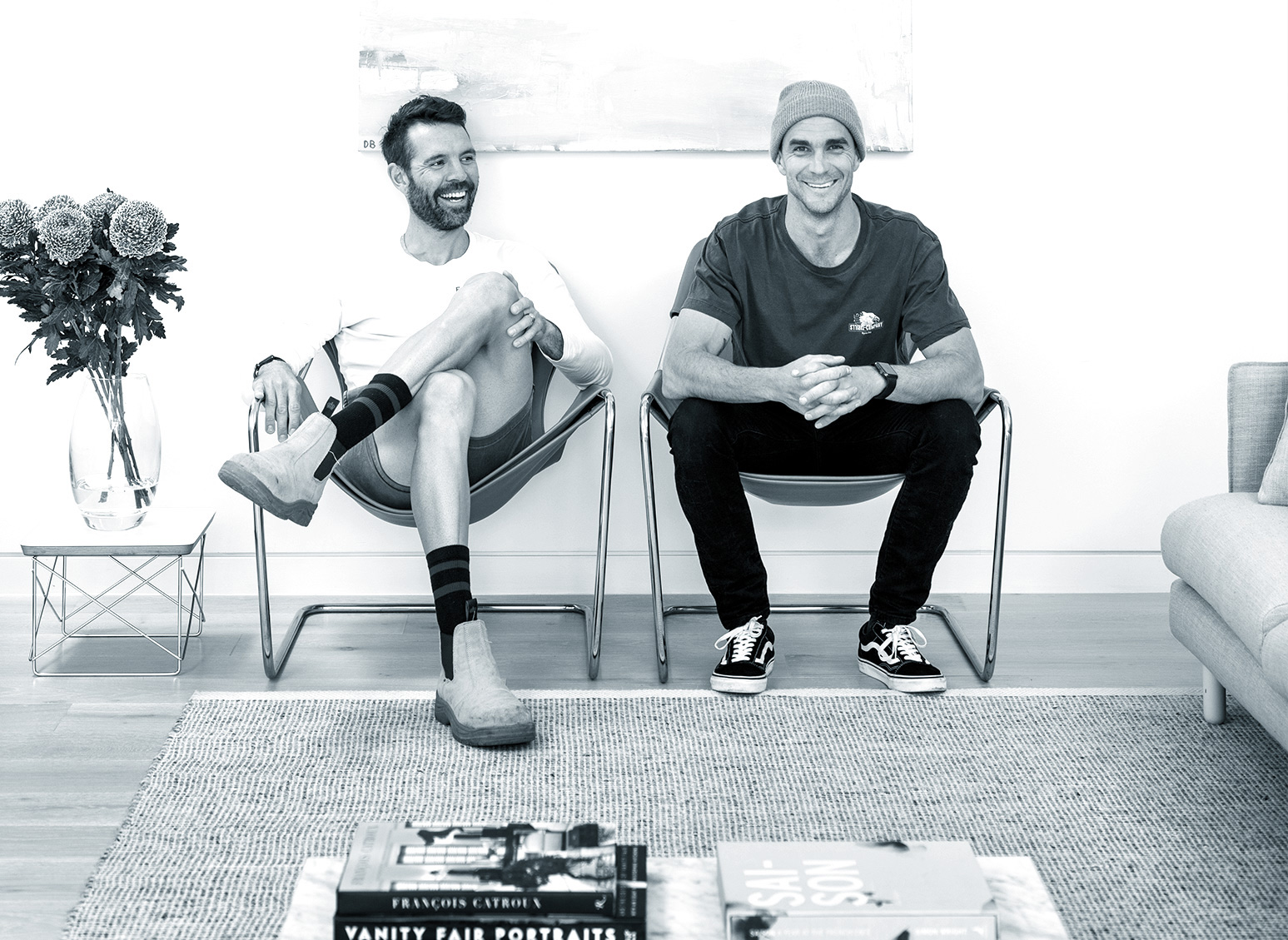 We look forward to building your future.

Both Paul and Rob honed their skills in carpentry before managing residential and commercial builds under the direction of Hickory Group and BPM. After meeting on-site, they realised a shared passion for luxury residential architecture and with it, the opportunity to oversee projects from inception to completion. Paul founded Format Group in 2015, where he was joined by Rob in 2017.

‘Format’ speaks to the groups unique approach to the residential sector and unwavering commitment to the standards of commercial construction; materiality, efficiency and transparency. Their experience in building luxury, design-led properties has led to collaborations with architect and design practices including Edition Office, Hayball, Trethowan, Parker Design and Studio Tate.

After years working in Australia and overseas, Paul now resides in Mt Martha on the Mornington Peninsula, surrounded by his two great loves — his family and the surf. Rob also spent his formative years abroad, working across London’s most affluent suburbs for the UK’s most sought- after builders. A keen cyclist, Rob lives in Melbourne’s inner-city suburb of Richmond with his young family.